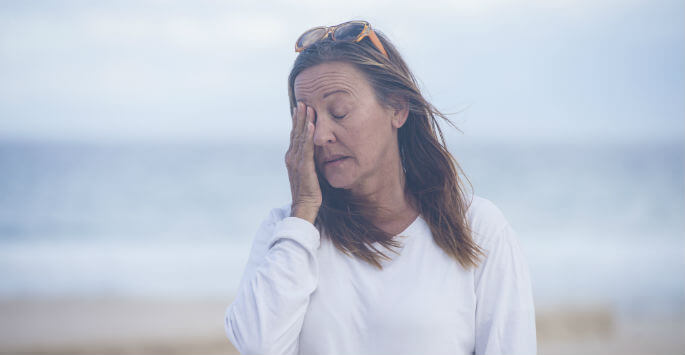 Perimenopause means “around menopause,” and it is also sometimes called the “menopause transition.” During this transition, a woman’s ovaries start producing less and less estrogen, and they release fewer eggs. A woman’s menstrual periods become irregular and eventually stop altogether during this life phase.

Menopause is a normal part of a woman’s aging process. The woman’s ovaries have stopped releasing eggs and are making very little estrogen. A woman has entered menopause if it has been a year since her last menstrual period. That also signals the end of perimenopause. Most women enter menopause when they are in their early fifties.

What Happens During Perimenopause?

The woman’s menstrual cycle also becomes erratic. The cycle may become longer or shorter, and there will be cycles during which the woman doesn’t ovulate. Perimenopause can last anywhere from a few months to ten years, but the average length is four years.

A woman undergoing perimenopause will often experience the following symptoms:

When Should Someone Seek Medical Attention?

As unpleasant or embarrassing as some of the symptoms of perimenopause are, they are normal. Abnormal bleeding, however, should be investigated by a medical professional, as it may have other causes like fibroids, blood clotting disorders or cancer, in rare cases. Thus, a woman should contact our office if the following are true:

Can a Woman Still Get Pregnant During This Time?

How are the Symptoms Treated?

Self-care can help with some of the symptoms. A woman in perimenopause should exercise, eat properly and get enough sleep. Since osteoporosis is a growing risk in older women, the woman should make certain she gets enough calcium.

Several medications and non-hormonal treatments can relieve some of the symptoms. Hormone therapy can also be an effective treatment for symptoms. It all depends on your unique situation. At Wayzata Cosmetic Surgery and Spa, we have a number of different treatment options available. Come to our office in Wayzata to learn more about your choices. Contact us today to schedule your appointment.